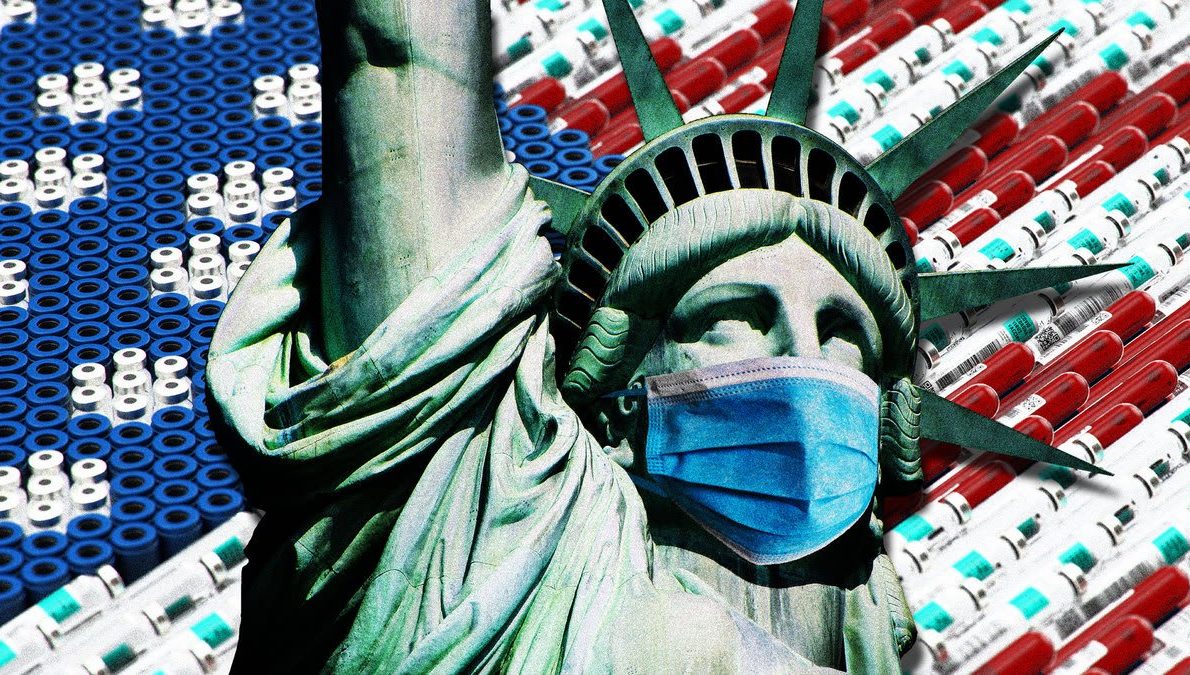 This article “Bill De Blasio Is Somehow Bolder Than Biden on Vaccines” was published by The Daily Beast on August 04, 2021 and co-authored by Lawrence O. Gostin, Scott C. Ratzan, and Kenneth H. Rabin.

Excerpt: The same person who failed to win any support in his presidential bid and botched his coronavirus response could become a model for cities and states throughout America to follow.

Vaccines are by far our best tool to fight COVID-19. Actually, no other public health measure has worked very well, period—not masks, not social distancing, and not even total lockdowns.

So why are we so reluctant to deploy this singularly important tool effectively? Israel has its Green Pass, France its Pass Sanitaire, and the United Kingdom its NHS Pass. The European Union has a vaccine passport for travel. Even the World Health Organization is planning to issue technical guidance on proof of vaccination systems, scheduled later this week.

Yet, even as it has begun to require vaccines among most federal workers, the Biden administration has refused to encourage or support verifiable COVID-19 credentials at the national level. The CDC doesn’t even appear to be planning on helping states, cities, and businesses to develop high-quality, secure, confidential, and reliable systems to verify a person’s vaccination status. It would be a game-changer if the CDC issued technical guidance on vaccine credentials, while also providing funding for their adoption and implementation.

Better yet, the agency should develop a model COVID-19 vaccination credential system of its own. The alternative is a confusing, haphazard mozaic of systems among states, cities and businesses.

On Tuesday, Mayor Bill de Blasio announced that New York would make America’s largest city the first in the nation to require proof of COVID-19 vaccination for entry to restaurants, bars, gyms, and indoor entertainment. The “Key to NYC Pass,” slated to launch Aug. 16—and become fully operational and enforceable Sept. 13—is meant to coincide with the onset of the school year. Reflecting the utter lack of national guidance on COVID-19 vaccine verification, New York City will use a smorgasbord of different systems, mainly its own digital platform, but also New York State’s Excelsior Pass, developed by IBM, as well as paper vaccination cards.

The problem with the latter, of course, is that they are easily forged—and almost anyone can secure one.

Since Biden refuses to do more, de Blasio—the same person who ran for president and could not garner any support, and botched his coronavirus response—could become a model for cities and states throughout America to follow. Imagine if we could sit down to dine, go to the gym, or see a movie or concert knowing that everyone around us is fully vaccinated. That would allow Americans to feel safe and secure. Rather than infringe on freedom, it would enhance it. Freedom from the fear of contracting a dangerous disease would be a most welcome freedom to most people.

There is a rising tide of COVID-19 vaccine mandates. President Biden, to his great credit, mandated vaccines for federal workers and contractors; California and New York City mandated a vaccine for their workers; businesses like Facebook, Google, Goldman Sachs, Delta airlines, and, most recently, Microsoft are mandating vaccines; and over 500 colleges and universities have mandates.

The Department of Justice and the Equal Employment Opportunity Commission both ruled that business mandates are lawful, even under the FDA’s Emergency Use Authorization. Thus far, the courts have agreed. Just Monday, the 7th Circuit Court of Appeals upheld Indiana University’s COVID-19 vaccine mandate, and a federal court previously upheld the Houston Methodist Hospital’s mandate. Yet, most governments, businesses, and universities have no reliable way to verify a student or worker’s vaccine status. Absent federal guidance, they must use the honor system or cobble together a method to verify a worker or student’s vaccine status.

Americans have accepted the fact that there are certain activities they cannot participate in if they pose safety risks. We undergo TSA screening, and readily provide credentials (a Real ID or passport) when boarding a plane. Throughout the pandemic, the public could not enter many shops, bars, or restaurants without masking up, even if fringe groups insisted otherwise. We understand the need for “community protection,” readily accepting the costs of government regulations to keep us safe; for example, driver and vehicle standards, fire codes, and workplace health and safety rules.

Similarly, we can unwittingly harm our family and communities if we harbor and spread an infectious microbe. Requiring vaccinations as a condition of participating in high-risk activities is needed for community protection or “herd” immunity. Requiring proof of vaccination is not a step too far, but a step toward our healthier future.

When announcing the Key to NYC Pass, Mayor de Blasio acknowledged it would be controversial. It will be. France experienced street protests after it announced its Pass Sanitaire. Imagine, you can’t even go into the Louvre or eat at a patisserie if you can’t prove you’re vaccinated or recently tested SARS-CoV-2 negative. But after President Macron’s announcement of Pass Sanitaire, an additional 3 million people got the jab, and vaccine acceptance is growing. After mandating vaccines, Houston Methodist Hospital reached over 98 percent vaccination coverage among its workers.

The truth is vaccine mandates and passports—the New York City plan does not include a carve-out for negative tests—work. No one wants to physically force people to get a vaccine if they don’t want to. But there should be reasonable consequences for not getting the jab and putting others at risk. In many workplace settings, those consequences may be having to test once or twice weekly and always mask up. In New York City, it will soon mean you can’t eat or drink at a bar or restaurant or see a play. That is an individual choice. But the burdens should not rest with the majority who are vaccinated, but on those who pose the risk.

There is considerable communication and behavioral science evidence that if given the choice between safety measures (testing, masking and/or not going to crowded venues) or getting a vaccine, most people will roll up their sleeves and get the jab.

We all want to get back to the things we love—eating out with family, watching a movie or play, having an after-work drink with friends. Vaccine credentialing is our passport to the freedoms we yearn for in this horrid pandemic, and on that measure, New York City is teaching the nation a lesson on public health and safety.