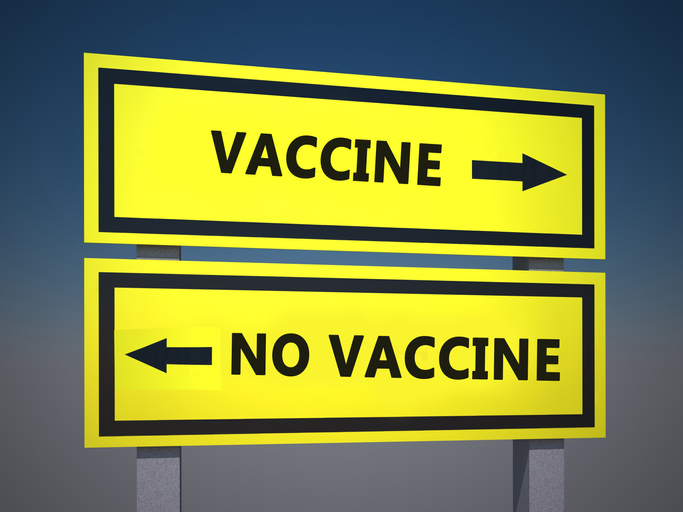 This article, authored by Tara Law, was originally published by Time Magazine on April 20, 2021. In the article, public health experts Dr. Scott Ratzan and Heidi Larson share their expertise and discuss factors around both vaccine hesitancy and confidence across several major countries, including the United States, United Kingdom, Germany, and France.

When the U.S. Food and Drug Administration and Centers for Disease Control and Prevention recommended stopping use of the Johnson & Johnson/Janssen COVID-19 vaccine on April 13, they declared the action a “pause”—a brief intermission as the government investigates a possible link between the vaccine and blood clots in a small number of recipients. The agencies may lift that recommendation as soon as this week, and vaccination with the Pfizer-BioNTech and Moderna shots has continued.

However temporary it might be, a recent YouGov/Economist survey suggests that the J&J pause has already hurt U.S. public trust in the vaccine: Before the announcement, 52% of respondents said that the J&J shot was safe, compared with just 37% after the pause. (Trust in the Pfizer and Moderna vaccines appears unaffected, and a separate Axios-Ipsos poll found that most Americans believe the pause was the right move.) Those findings have fueled a debate among scientists, researchers and others: is it wise to pause a vaccine’s use after only six blood clotting cases were identified after 6.8 million shots were distributed, given the potential blow to public trust?

To help answer that question, we can look to Europe. After France and Germany temporarily halted use of the AstraZeneca-Oxford University vaccine over similar blood clotting issues in March, skepticism of that shot among residents has increased precipitously, according to YouGov polling. Meanwhile, in the United Kingdom—where use of the AstraZeneca vaccine was limited by age, rather than paused entirely—distrust has held relatively steady.

If the J&J pause reveals key new data about the vaccine’s safety, it may prove worthwhile. But Europe’s experience offers warnings about the potential damage such a halt can cause. Obviously, the U.K., Germany, France and the U.S all have different on-the-ground realities, but each offers a valuable case study into the potential consequences of a vaccine pause in terms of public trust.

In the U.K., confidence in the AstraZeneca vaccine took a minor hit after the blood clotting reports first emerged, but the British are still significantly more likely than the French or the Germans to see that shot as safe. Why?

For one thing, the country “went all stops out” to vaccinate as many people as possible from the start, says Heidi Larson, the founding director of the Vaccine Confidence Project at the London School of Hygiene & Tropical Medicine. For example, public health officials decided to delay recipients’ second doses in order to administer first doses to more people—an untested approach that, for now, appears to have paid off. The speed of the U.K. rollout helped it build momentum, experts say. Moreover, as more people get inoculated and very few have severe side effects, those who felt cautious at first may eventually be convinced to get vaccinated themselves, says Scott Ratzan, a professor at the CUNY Graduate School of Public Health and Health Policy and the editor-in-chief of the Journal of Health Communication.

AstraZeneca’s vaccine has also had slightly more time to succeed in the U.K. compared to other European countries. The British authorized the shot on Dec. 30, a month before the E.U. Accordingly, the shot has made up a relatively large proportion of all shots given in the U.K. (As of April 5, more than 20.6 million people there have received their first AstraZeneca shot, compared to 11 million Pfizer-BioNTech recipients). Furthermore, AstraZeneca’s shot was developed in the U.K., giving it a boost in the British public eye—for Brits, the vaccine “has been the pride of their country,” says Larson.

But perhaps most significantly, the U.K. had a unique response to the AstraZeneca concerns: rather than pause use of the vaccine entirely, British regulators on Apr. 7 restricted its use to people over the age of 30, as the clotting issues appeared to be a more serious concern for younger recipients. Polling data suggests that decision led to a relatively minor increase in distrust of the shot—in an April 7-8 YouGov poll, 13% of people in the U.K. said they viewed the AstraZeneca vaccine as unsafe—only a slight uptick from the 9% who said so in a previous poll conducted March 15-16, before the age restriction was issued.

Back in June of 2020, Germans were primed and ready to be vaccinated—about 68% said they would get a vaccine that’s “proven safe and effective,” compared to about 72% of Brits, according to a poll conducted at the time by Larson, Ratzan and other scholars published in Nature. However, Germans’ confidence in the AstraZeneca vaccine began flagging around the time Germany announced its pause on March 15: in a YouGov poll conducted March 15 to 16, just 32% of Germans said the AstraZeneca vaccine was safe, down from 42% a month before. As of April 18, Germany has administered about 17.6 million doses of the Pfizer vaccine, nearly 6 million doses of AstraZeneca, and about 1.8 million Moderna doses.

The AstraZeneca vaccine got off to a relatively slow start in Germany—the European Union didn’t authorize it until February, almost six weeks after approving Pfizer shots. Even after Germany began using AstraZeneca’s vaccine, confusion plagued its rollout. For instance, while European regulators initially recommended its use for anyone over 18, German officials said it should be given exclusively to people under 65, arguing that there was not enough data to support using it in older people. It took until March 4 for Germany to recommend AstraZeneca’s use in those over 65.

The key difference between Germany and the U.K. is how Berlin handled the AstraZeneca blood clotting reports. While the U.K. only limited AstraZeneca’s use by age, Germany on March 15 paused the vaccine’s use entirely. German Health Minister Jens Spahn said the decision was a “precaution” meant to give regulators time to investigate the issue. Germany announced it would start using the AstraZeneca vaccine again just three days later—though on March 30, the country tweaked its recommendations yet again, restricting its use to those over 60.

Furthermore, while the AstraZeneca shot may have had home court advantage in the U.K., its origin may have been a liability in Germany and elsewhere in Europe. The vaccine rollout was one of the U.K’s first major actions since leaving the European Union in January of last year, a move that sparked resentment around the bloc, and may have set the stage for E.U. distrust of the U.K. when it came to vaccination strategy. European Commission President (and German national) Ursula von der Leyen criticized the U.K.’s decision to authorize the AstraZeneca vaccine before Europe had, saying in early February that the country had compromised “safety and efficacy.”

Another, completely separate factor worth considering: on Jan. 25, the German newspaper Handelsblatt published an article claiming that the vaccine was only 8% effective in people over 65—an assertion that was swiftly debunked, but generated international headlines nonetheless.

These developments, especially the full pause, may have tarnished the shot’s reputation among Germans. That, in turn, could be a warning sign for the U.S.—Ratzan, for instance, warns that it could be a “real challenge” to restore Americans’ confidence in the J&J vaccine. “If [recipients] have a choice of other vaccines, they will likely want to take a two-dose vaccine that they believe is safer, that never has been paused, than a single-dose vaccine that may have a very, very small risk,” he says.

As it did in Germany, the AstraZeneca vaccine got off to a late start in France—it wasn’t distributed there until Feb. 6, about six weeks after Pfizer-BioNTech and Moderna vaccinations began. Also as in Germany, French regulators have flip-flopped on their age recommendations. And, most crucially, France, like Germany, fully paused AstraZeneca use for several days amid the clotting reports. As of April 18, France had administered about 12.3 million Pfizer doses, 3.4 million AstraZeneca doses and 1.3 million Moderna doses.

But unlike Germany, France was “very fragile ground” for a new vaccine to start with, Larson says. In 2016, France was found to be the most vaccine hesitant out of 67 countries surveyed, with 41% of respondents saying that they do not feel vaccines are safe, compared to a global average of 13%, according to polling conducted by Larson and others and published in The Lancet. In a similar Nature poll conducted this past June, only about 59% of the French said they wanted a COVID-19 vaccine even if it was proven safe and effective, compared to 71.5% of respondents overall across 19 countries. Experts say French distrust in vaccines has been fueled by a number of health-related scandals. After an unpopular swine flu vaccine initiative in 2009, for instance, 38.2% of the French population said they distrusted vaccines, compared to 9.6% beforehand.

The French government has also been criticized for bungling the vaccine rollout. Bureaucratic obstacles aimed at ensuring that people give consent for the vaccine, including mandatory consultations for the shot, have hindered speedy vaccination. Political messaging has been an issue, too. For instance, on Jan. 9—the same day European regulators approved the AstraZeneca shot—French President Emmanuel Macron incorrectly described it as “quasi-ineffective” for people over the age of 65. While he later said that he would be willing to take the shot, Macron’s comment “certainly didn’t help” vaccine confidence, says Larson.

Larson is quick to emphasize that no one factor has been the root cause of vaccine hesitancy in any given country. However, the U.S. should be wary of the way uncertainty over a vaccine’s status or safety can open the door for hesitancy to spread.

“I truly and deeply hope that a pause is genuinely a pause, and it doesn’t get into weeks and a month, because it will really undermine public confidence,” says Larson. “If there’s one message to the U.S. out of all this, it’s: don’t let the ambiguity drag on. Because every day just opens the space for misinformation, disinformation, anxiety, and confusion.”